Ten years ago the United States was attacked by a band of radical Islamists. Thousands of innocent people died as a result of this viscous attack. To this day, the world has not been the same. Over the past ten years, these animals have threatened and attacked people in many other countries. People all over the world will continue to live in fear until these radical, so-called religious fanatics are eliminated. 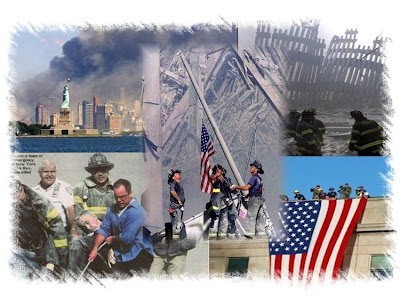 Posted by APT Web Design at 3:39 PM No comments:

Twenty years ago, on August 6, 1991, a technological revolution took place at the European Organization for Nuclear Research (CERN) facility, when Tim Berners-Lee published the first Website and forever changed how we access and share information.

An independent contractor at the time, Berners-Lee developed a basic browser that could handle hypertext, and he started the WWW (World Wide Web) project, which was intended to help users learn more about Website creation and how to browse and search for information on the new Web. The WWW has changed our society. It has helped create new business models; it has helped to bring different people and cultures together; and, above all, it has brought many changes to the relationship between the people and their governments.

The World Wide Web Consortium (W3C) , founded in 1994, has helped to create standards to ensure that different Websites work the same way. Despite some deviations in site and browser specs, this has ensured the success and the widespread adoption of the Web. Back in 1991, Berners-Lee may have expected little more than this basic setup.

As the Web has evolved, however, Berners-Lee has focused on how Web content could be better organized; he sees the need to associate meaning to the ever-increasing amount of Web data. The "Semantic Web," as he envisions it, would enable Web servers to understand and respond to complex human requests based on their meaning.
But the concept has not been fully implemented due to many challenges, such as the vastness of the information on the Web, the ambiguity of the meaning associated with some content, the inconsistency of some information, and possible deceit from content providers, as there is always the possibility that some might try to attach wrong "semantic" information to their content in order to lure users.

Also, Berners-Lee has been denouncing how social media and other telecommunications companies are "treating" content on the Web today. In a Scientific American journal essay published last year, he described how some of the Web's "most successful inhabitants," such as Facebook and large ISPs, have begun to "chip away" at the Web's founding principles, and he warned that Facebook, LinkedIn, and other social networking sites represent "one of several threats" to the future of the World Wide Web.

Overall, though, Berners-Lee seems content with what emerged from his work. Nearly three years ago, in an article in The New York Times, Steve Lohr asked Berners-Lee what he would have changed about the Web if he was to do it again. Berners-Lee answered that he might make a small change. He would get rid of the double "//" after the "http:" in Web addresses. "Look at all the paper and trees that could have been saved if people had not had to write or type out those slashes on paper over the years -- not to mention the human labor and time spent typing those two keystrokes countless millions of times in browser address boxes." Surely, this isn't a significant regret.


Based on an article by Hospice Houngbo, a former Fulbright scholar/researcher, currently a PhD student in computer science at the University of Western Ontario.

APT Web Design
Norristown, PA, United States
My interest is helping small businesses and organizations to leverage the Internet to promote their products and services. I've been in the computer industry for four decades. After 42 years moved from Oreland to Norristown/Eagleville, PA.